Typefont is normally represented in point form, 10 or 12 in a book is average.This work, enlarged from the original paper hand out to 46 x 62 inches on glass mimicks the didactic displays often found in museums. It is a list of wax figures displayed at Madame Tussaud's in London shortly after the end of World War Two. All of the persons featured are important representatives of the era, many of whom the world has now forgotten.The anomaly is a character from a fairy tale noted in the same matter of fact way with all the genuine celebrities. Among the names, despite being imaginary, Sleeping Beauty's is now likely the most recognized. 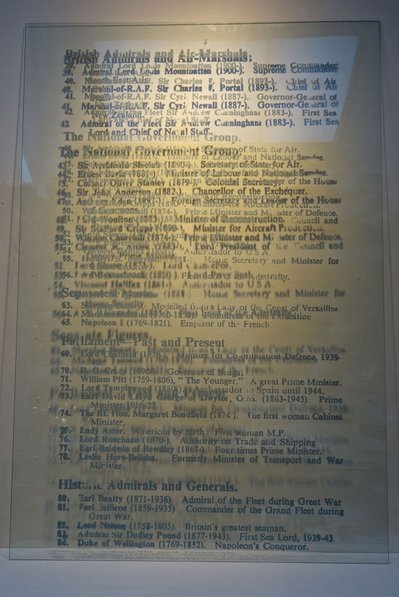 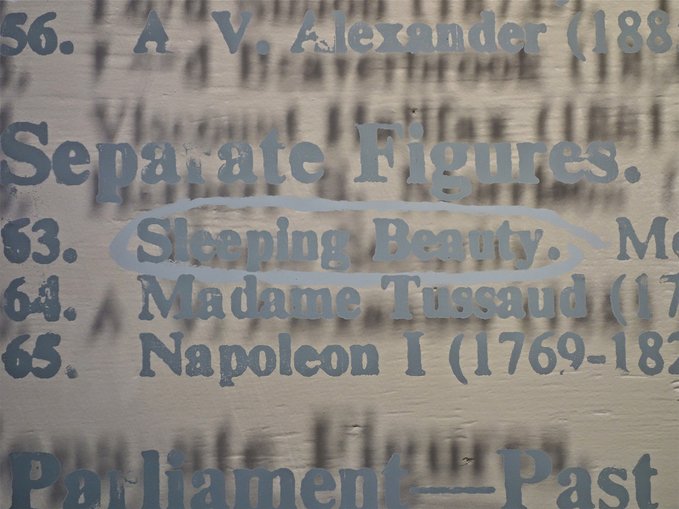 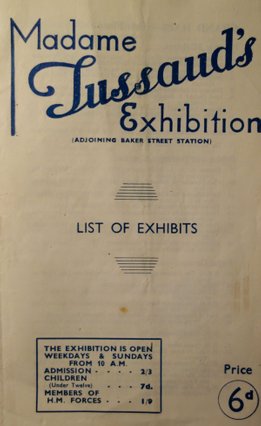