This antithesis to the celebration of performance was created from original unused tickets to Carnegie Hall in New York City. Although it appears as a standard classification of historical ephemera its real purpose is to speculate on unheard music and opportunities missed.

When Carnegie Hall was being restored there were no archives for the famous music hall so old paper was discarded. I recovered boxes of these distinctly coloured tickets. Years later an archive for the hall was formed and I accessed the various seating plans.

In this example we can see the Dress Circle. Each seat in the plan that was unoccupied has a diagonal red line through it. Above the corresponding unused tickets is the legend indicating the exact date and time of the performance.

The plans are silk screened onto felt matching the background colour of the tickets. Over time the fugitive dyes of the tickets and felt will fade in light in unison until only the black inks will remain. 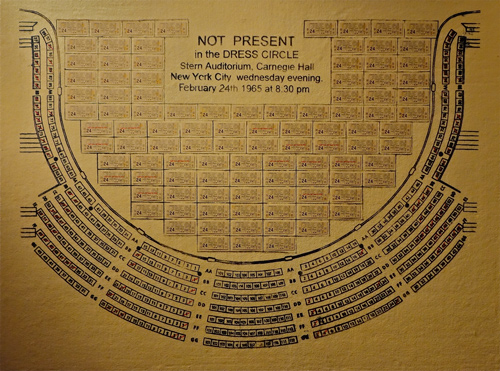 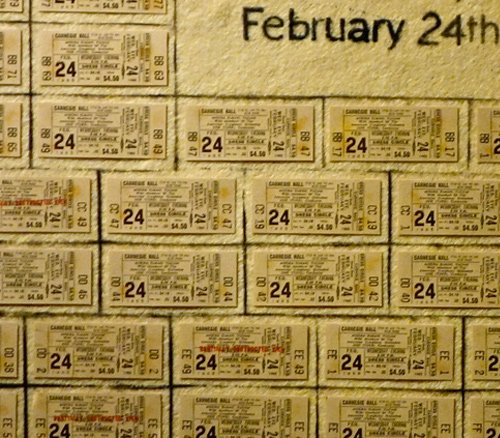 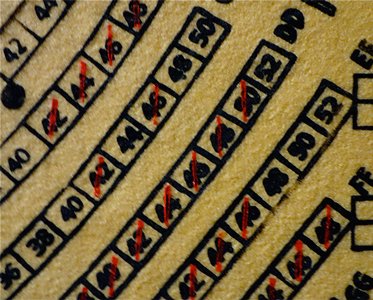