This small building was originally purpose built as a room in which to spend unoccupied time. It is the former waiting room for the ferry on Mayne Island. It forms a unique set of metaphors. Having been relocated several times and used for a multitude of purposes it was eventually demolished by a falling tree.

After hearing of its destruction I built two ten-meter high scaffold towers with a bridge between them from which to photographically record the building as it lay in a heap. The subsequent removal of layers of debris was carefully documented. Later I removed the pile to my home where I store the remains.

Many of the wall boards retain graffiti carved into them a century ago while passengers waited for the ferry to arrive. From the mass of parts left behind I engage in a creative form of documentation and investigation of its pasts. 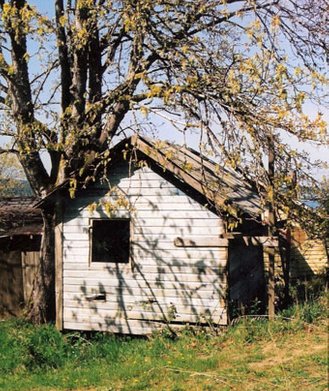 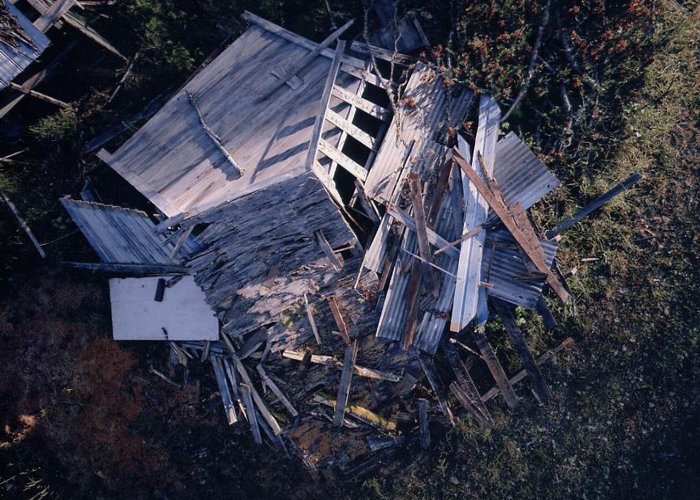 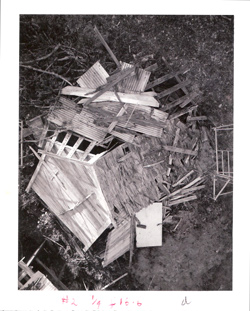 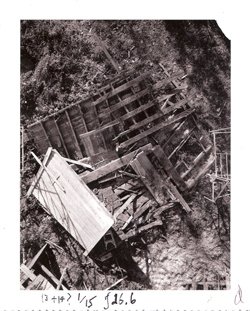 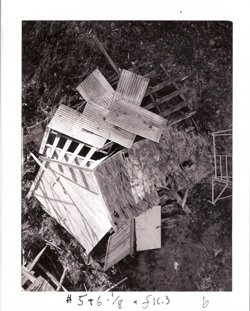 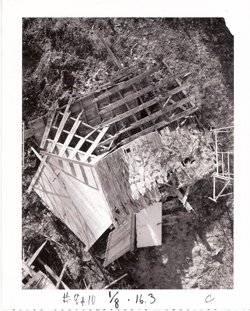 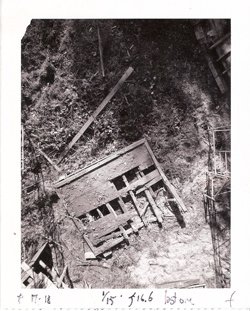