Immaculate Debris is a bicameral archive created as an installed work. It consists of humble but remarkably arcane objects collected over my lifetime. The objects are duplicates, not replicas. They may be festooned, displayed, archived or otherwise prearranged in different ways.This work like many of my works is a visual language platform that can be site specific.

In the project's first iteration I used five shelves on one wall, with three hundred selected objects displayed.The same objects re-occurred within different paired combinations.Based on the public's average viewing time of paintings in a museum(20 seconds each) and average short term memory capacity (17 seconds) the recollection of unique objects was mitigated for the viewers and defines a level of memory loss.

Another form of this work might be a bisecting wall defining two rooms, constructed using duplicate architecturally antique elements. These would be joined by a door at each end.The slight differences between the two rooms form the analogy of a stereoscope using two different perspectives to define a deeper sense of reality.Items not seen in a first glance may be seen in a second or vice versa.

Accustomed usage in everyday objects dulls one's attention to them and to their accumulated history. Altering their contexts allows both discovery and a measure of forgetting. Images from the first exhibition and a sample of the collection are displayed here. 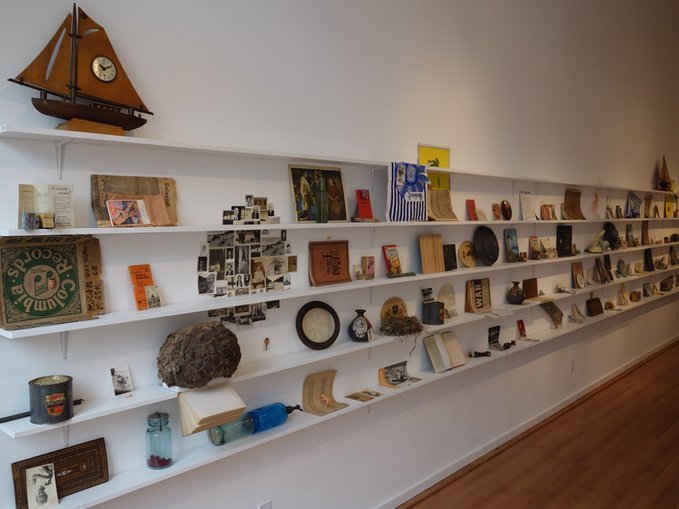 <link to> Text by Michael Turner