Architecture and its history are major interests of mine and references to this exist either directly or indirectly throughout my body of works. All these projects as architecture and critical discourse, developed over significant periods of time and layer practical construction or restoration into them. This particular example stretches over more than twenty five-years and through multiple iterations.

In 1927 an apartment block was built overlooking English Bay at 1311 Beach Avenue in Vancouver. Named "Tudor Manor", it used the popular resurgence of the Tudor period in its design for the facade. It was a pastiche which included crenelated towers, faux gables and windows that were divided into eight muntinned panes. After much public outcry, in 1988 developers of new condominiums on the site retained the original facade. Despite this all the original windows constructed from first growth cedar and with solid bronze hardware were replaced by vinyl copies in what remained of the building.

I purchased all the old windows (about a hundred and fifty of them) and brought them to Mayne Island where I live. Over the years I have built homes and utility structures around them. I have also judiciously given them to friends who were building. Beyond their beautiful geometry and practicality they are also perfect meta histories. They contain anything we can imagine happening in and around  English Bay from 1927 to 1988 and then everything later framed by their new circumstances on Mayne Island. 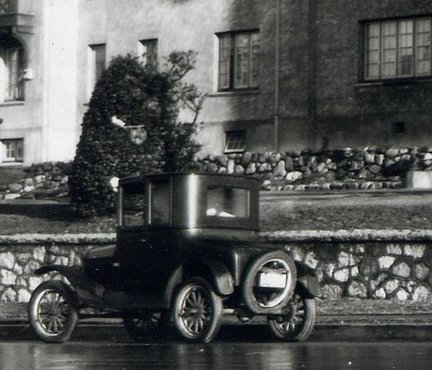 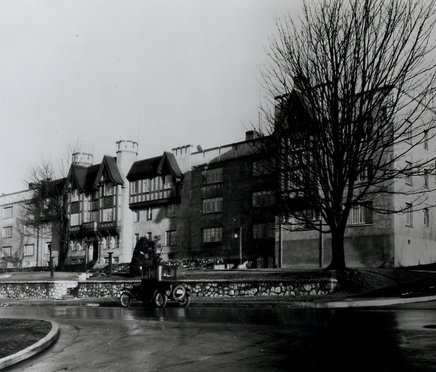 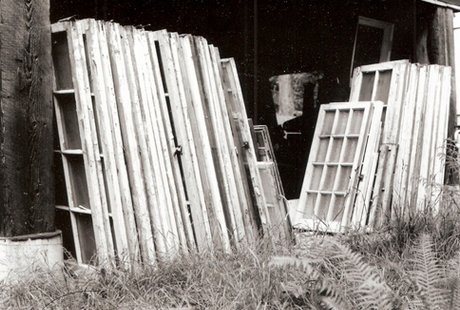 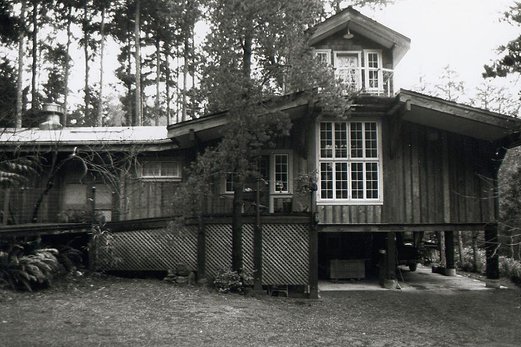 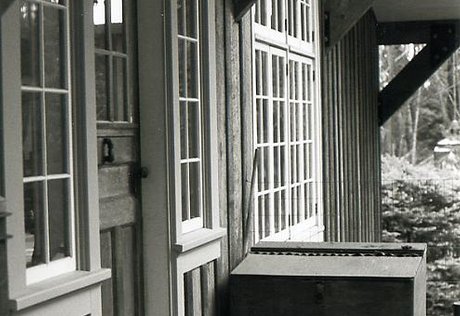 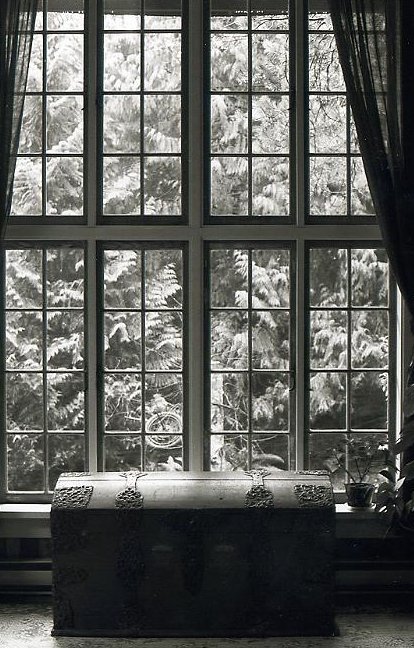 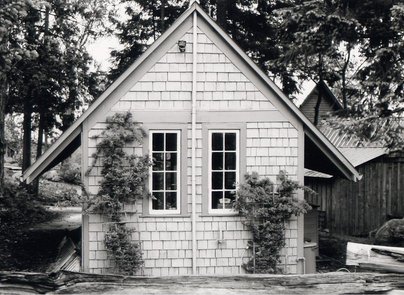 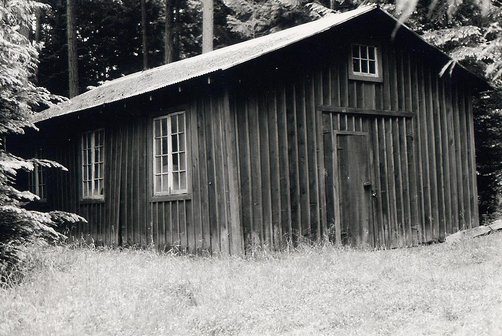 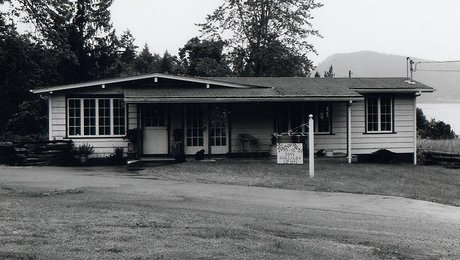 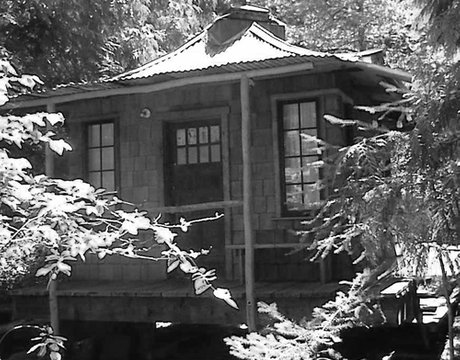 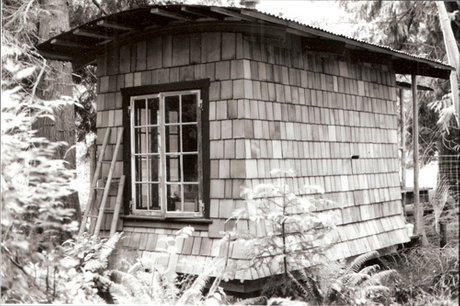 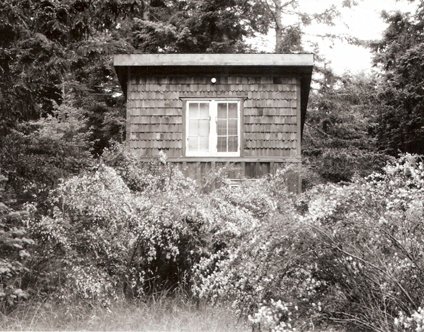 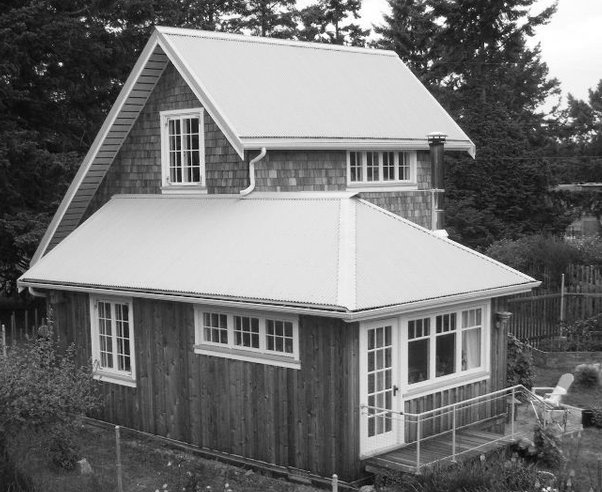 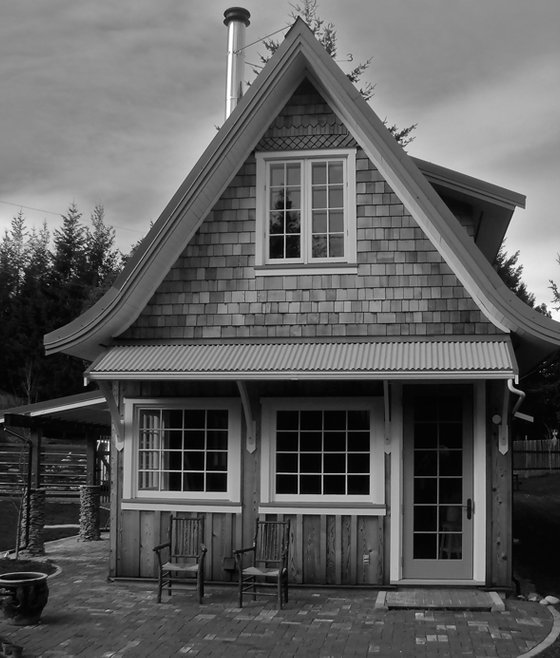 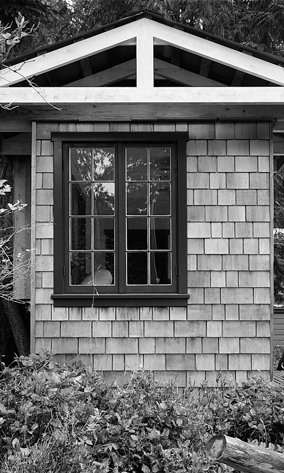